So what’s next? I don’t even want to think about it…

Does Trump have any clue as to who and what he is dealing with?

Russia, China and North Korea…Ugh!
In June, 2016, Paul Manafort, who has a rather significant connection to the Russian Government, replaced The Trump’s Campaign Manager, Corey Lewandowski. A little over two months later, in late August, Manafort was replaced by Steve Bannon and Kelly Anne Conway. So, hypothetically speaking- What if Manafort went to The Trump during his short-lived managerial position and suggested he could maybe get Putin and Company involved in possibly helping him with his quest to become President of the United states? Just a thought…

Then again, as New York Magazine’s Gabriel Sherman  reported, “The shift of power from Lewandowski to Manafort began from the moment the latter arrived on the scene, in late March. Manafort exudes authority, even down to the way he calls the candidate “Donald” (Lewandowski says “Mr. Trump,” even in private). Manafort also developed a bond with the Trump family. “Paul has a robust relationship with Jared, Ivanka, and the boys,” a staffer says.” To read more

I do believe that whether or not Russian hacks were to help Trump, or just hurt Hillary, or neither, (which is very unlikely), that a crime, deserving some sort of significant response is warranted. But what and when? And more importantly, will the new President override what ever sanctions or cyber response President Obama orders?

If President Trump does “override” any Obama response, one must ask oneself, and the Congress, and the new President, “why”?. Could it be to promote the friendship that Trump seems to want? That would be my guess to a Trump response… “Its time to move on, the election is over, and I won huge…” Yada, yada, yada.

I have my doubts. More likely, it would be to protect whatever behind-the-scenes negotiations took place between Tump and Putin, or more likely Putin and a Trump confidante. And even if Trump has no actual “first-hand knowledge,” I suspect it will eventually come out that he knew. And if he were to go against Putin, my guess is that Putin will spill all sorts of Trump info and knowledge to the world. And he may even do it anyway, after Trump takes office. Is the United States being tested? To Putin, the weaker and dumber the United States looks the better. It seems to me that its a win/win for Mr. Putin.

And then there is China…
Another BIG issue would be how does Trump plan to deal with China’s, South China Sea island expansion program. The New York Times, the BBC, Al Jazeera and others have been reporting about the now obvious so-called “defensive weapons buildup” which is taking place on those newly created islands. Add in the recent nuclear-weapon laden, long-distance Chinese bombers flying in the area and Friday’s (12/16/16) incident when a Chinese warship stole a US oceanographic ship’s underwater drone, in international waters, off the coast of Subic Bay, Philippines… China has now agreed to return it. But to me, it would seem the United States is again being tested. To read more 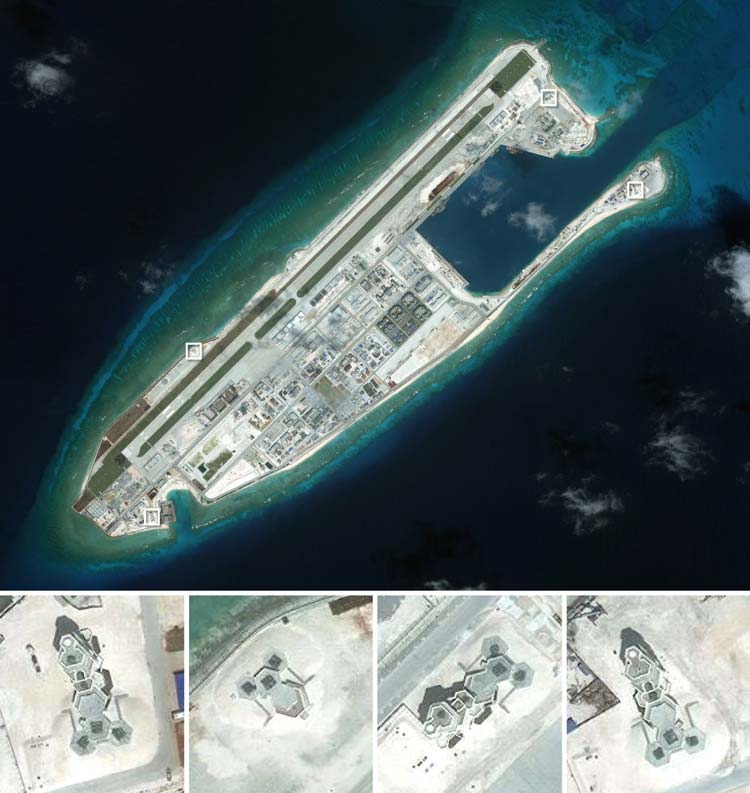 And of course there is North Korea…
Finally, North Korea seems to once again be making bold statements regarding their guided-missile launched weapons capabilities. At the same time, their “special forces” have been practicing mock attacks on South Korea’s “Blue House”, or what we would refer to as our White House, the  executive office and official residence of their head of state. To read more 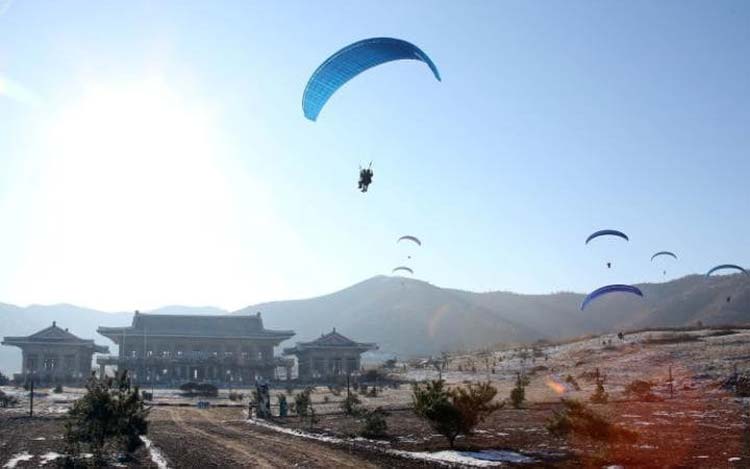 A model of the Blue House featured in a combat drill of the service personnel of the special operation battalion of KPA Unit 525 CREDIT:  KCNA

Again hypothetically speaking… What if all three of the aforementioned adversary’s decided to all stretch and test their “power” wings at the same time, during the first 3-6 months of the Trump Administration? Or, what if our thin-skinned President-elect tweeted something threatening to North Korea’s Kim Jung Un, another apparent thin-skinned leader? Can anyone imagine these two Dough-Boys going at each other with their threats, and bullying. Hey, how about we put The Trump and The Un into an MMA cage match, and let them duke it out. Now that would be quite a match.  Tweet, tweet, boom!

The bottom line…
Ignorance, thin skin and a total lack of interest in trying to learn about world events and his apparent inability to understand the consequences of one’s actions, seems to place my country and yours in tremendous danger. President-elect Trump doesn’t have what it takes, nor the desire to comprehend anything outside of his very small, self-centered world. And it becomes ever more apparent that without Ivanka and the boys, and a couple key advisors, this guy doesn’t have a clue. God help us all, and God save our country.