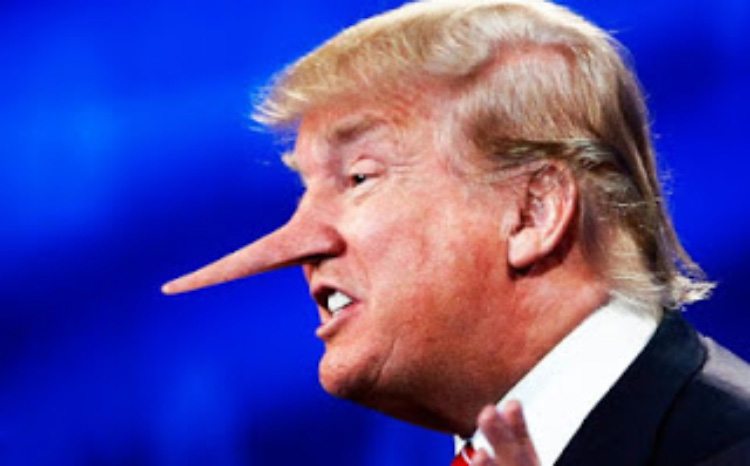 So when you were growing up, did anyone tell you it was ok to lie…?
I mean really think about it. Most, if not all, kids lie. They tell fibs. They make up stories that often seem implausible. And eventually, at a relatively early age, they are telling lies, often to keep from getting into trouble. And eventually, if they keep lying, they get into more trouble for telling the lie. The lies are often just outrageous, and it’s a pretty common occurrence everywhere.

If you think about it, it’s a progression… When they start out, they’re very young and they don’t really know they’re lying… at least, not until a parent steps in and explains why it’s important to always tell the truth. As they get a little older, the teachers in preschool and early elementary school are telling them not to lie.  But it really always starts at home… or at least it should.

I’m pretty sure we can all agree that the initial groundwork, the early responsibility in a child’s life with regard to not lying and to telling the truth, comes from the parent(s). I don’t know enough about Donald Trump’s daddy to even go there… so I won’t, but one could assume. And one could also assume that The Trump’s kids have had front row seats, all their lives, to all of their father’s lies. God only knows where that could lead, or has already led…

I’m quite sure you know where I going with this, especially considering that a number of the talking heads from CNN recently went after The Trump, big time, for lying.  Of course he hasn’t stopped lying, and he will most likely never stop lying. But I have a question for those talking CNN heads… What the hell took you so long?

I mean really.  Come on you guys and gals at all the major news shows and print outlets. This bombastic whack job is a born liar of the highest order. That’s not good, especially when one considers the job he’s after. Now in all fairness, there have been many who talk about it, but few who actually confront the liar. The reason seems to be they are afraid of losing access, and access is entertainment, and that leads to moola. But now there seems to be a little courage in the questioning of the liar, and he doesn’t like it.  Again it has taken too damn long.

History will tell us that lying is nothing new and I don’t need to pick apart every administration. But clearly Nixon, George W. Bush and Bill Clinton all had their moments. The Trump, however, has taken it to a whole new level. He has made it into an art form and the media have played along and helped him gain far more attention than any candidate could possibly deserve — unless, of course that candidate cured polio, or walked on the moon, or invented a substitute and final replacement for gasoline. And could those claims be far down the road?

The bottom line…
This whole thing about lying goes right back to the premise of why I created brokennews.press. Ask the damn question, and don’t settle for some  non-answer, or a lie from  a two-bit hustler that usually doesn’t have a real answer or understand the question to begin with. And while you’re at it, hold those you interview to the same standard, please. Many who are interviewed for screen or print, and especially the politicians, lie through their teeth.  If all are held to a higher standard, then the news isn’t broken…

If you want to keep the conversation going, how about we get a few honest answers and a little integrity from Chris Wallace when getting the answers, and not the BS when he asks a candidate a question. Or does he intend to try and pin Hillary down during the debates but give The Trump a pass by not acknowledging another lying answer or statement?

Two of my favorite Op-Ed people are Maureen Dowd and Paul Krugman, both of the New York Times. Each most  recently wrote just outstanding columns about the liar, Donald Trump. I’d like to suggest that you take the time to read one or both. You won’t find better writing, reporting or opinions anywhere on this subject.