Yes, there appears to be a lack of “intelligence…” 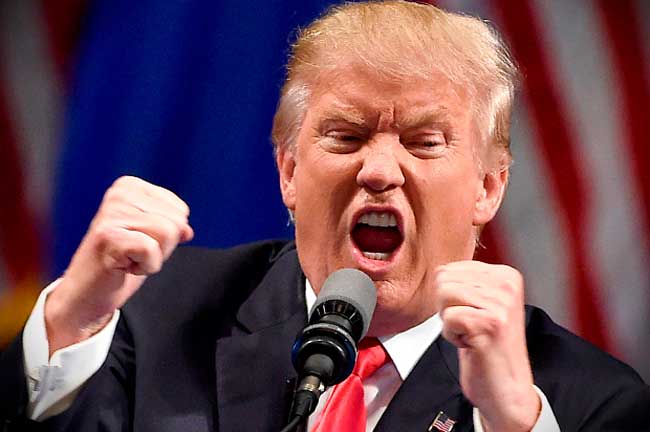 Well, he says he’s a smart guy. And he’s made it clear he neither needs or wants intelligence briefings on a daily basis. He apparently thinks he doesn’t need them. I think he doesn’t want the repetition of anything longer than 140 characters. A clear lack of intelligence seems to be the so-called order of the day. Yup, that’s Da Trump. So he has others do the listening…

How will a President Trump make reasonable decisions without being directly involved?

December 04, 2016, on FACE THE NATION, former Defense Secretary and former CIA Director, Leon Penetta said, “If you’re President of the United States, you better be in touch on a daily basis with your intelligence briefers,” Panetta went on, “so that you have an understanding as to what’s — what’s happening in the world, what are the crises you have to pay attention to, and what steps do you have to take in order to deal with those crises?”  Apparently the President-elect has his second, VP-elect Mike Pence, take some of the briefings. Penetta’s thinking on that — “The reality is, it is the president of the United States who has to make the final decision. And you can have a lot of bright people and [advisors] can present you a lot of options,” he said, “but unless you’ve taken the time as President to understand those issues, to read into those issues, to understand the consequences of those issues, you cannot just rely on others to tell you what you should or shouldn’t do. You’ve got to make the decision.”  To read more click here.

It staggers my mind to think this “Tweet of a man” will become our President in another week. It’s beyond comprehension!  These past few months  probably have given us some insight into how he runs his business empire. He may have the final word, but he seems to have mouthpieces out there running the show. His kids clearly are involved in the Trump businesses. But it was Michael Cohen, executive VP of the Trump organization, that made a lasting impression on me. I’ve seen him on CNN New Day several times, usually with Chris Cuomo. To me, Cohen comes across like a Trump with a brain, who has a toughness and abruptness similar to his boss. Watching him with Cuomo it was almost like watching a Trump interview, but with answers stated and explained.

Da Trump hasn’t come anywhere close to those around him, in almost every situation we’ve seen him in, when questions and answers are explored, discussed, or resolved, to any real degree of intelligence.  When he speaks at one of his so-called “rallies” he doesn’t  have much different to say than what  he was saying 15-18 months ago. With Da Trump, then and now, it’s all the same and I’m afraid it always will be. “I’m great, only I can fix it…” Yada, yada, yada.

The bottom line…
My observation is:  He who speaks from the bully-pulpit is usually the most insecure guy in the room. And that’s why Da Trump, and Kellyanne Conway and others continue to resist acknowledging that our President-elect is consumed by the idea that anything other than his greatness and the idea that he will “Make America Great Again” played into his election. The Russian hacking? Bah humbug! By the way, just a few hours before the President-Elect was to get his Intelligence Briefing this past Friday morning, 01/17, at 6:34 AM, he was Tweeting that he wasn’t impressed with Arnold Schwarzenegger’s performance on Celebrity Apprentice!!!!

So at this point, I would suggest that Jake Tapper, Chris Cuomo and others stop asking the “Russian hacking” questions. We all know they did it. They won’t get an honest answer from Team Trump. And at this point, who cares. Da Trump will be sworn in as President in another week, and it’s unlikely he’ll go after the Russians. He seems more interested in proving how poor intelligence caused numerous problems for the DNC, and that his election was not affected in any way. Click here to view the video.

However the hacking played into the election, I believe that had Hillary done a more credible job of campaigning in the last 2 months, she might have pulled it off, just maybe. But she was not a great candidate. In fact, she was a terrible candidate, and Da Trump struck a nerve, and became the answer and conduit for change. And that’s what a “lack of intelligence” has left us with.

So to the President-Elect I say… Ok dude, you’re the Prez… So get on with it, and show us you’re better than your tweets would lead us to believe, please.