All Trumped up, and no place to go… 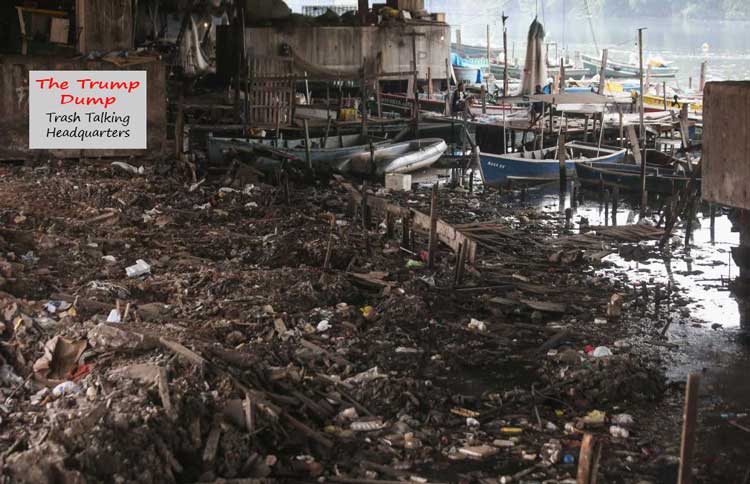 This Trump guy continues to amaze me. He is everywhere; he’s on television, radio, in every newspaper, and on endless talk shows. When it comes to being a showman he’s quite talented. But as a statesman, and the president of our country? I think not!  He comes out with outrageous statements, many of which are lies, insults or just sheer ignorance. He seems to lack any knowledge at all regarding world affairs, and especially foreign policy, and it is apparent he respects no one. So how did he get to where he is? It’s simple … the news media has more than helped create this monster. And in a sad sense, that’s their job, to report the news … Regardless!

For example, he makes outrageous statements that President Obama and Hillary Clinton are the “founders of ISIS,” thereby creating and feeding the Breaking News machines. Trump called both the President and Hillary “MVP’s” with regard to their founding of a terrorist organization — totally absurd, but the media, all media, run with it, for several days. And then when he tries to back off a bit by saying he was only being “sarcastic,” they run with that.  And by keeping the face, the voice, the words, the ignorance and the stupidity in front of the believers and almost-believers, by way of the media, the mouth gets bigger and the statements become more absurd and outrageous by the day.

Now the thought of The Trump becoming the President of the United States borders on the truly absurd. And although I do believe Hillary will beat him rather soundly, until she does we should all be very nervous … and here’s why:  There are millions of people that are buying into this guy’s crap, and to me, that is astounding.  Like those who loved Sarah Palin, so many are just as ignorant in their support for The Trumpeter.  Now don’t get me wrong, many who support him are highly intelligent, and that astounds me even more … and there are many too embarrassed to admit they will vote for him.

If you had the opportunity to watch The Trump give his “I’ll take care of ISIS” speech on Monday, you will only have learned that he has learned to read from his Teletrumpter a slight bit better. I guarantee you there is no true understanding of the problem and/or any possible solutions. This will become more apparent if and when he allows a competent news person to interview him without having to submit the questions in advance. And his lack of understanding of any answers to the problem will really become obvious when he debates former Secretary of State Hillary Clinton. He is a blustering and incompetent candidate, and will carry that into the Oval Office if we as Americans allow it to happen.

Put this dolt in front of Chris Cuomo at CNN, or Megyn Kelly from FOX, or better yet, Ana Navarro, a CNN political commentator and a Republican, or any journalist who has the guts to ask serious, non-slanted questions based on previous statements made by The Trump, and see what happens. He will fold like a wet piece of garbage in the Bay of Rio.

“It’s fixed, it’s rigged, they cheat me…”  Yada, yada, yada.  It never ends with this guy and the media falls all over itself, even as The Trump says, “The media is the lowest form of life…”  He continues to work them to his own end. He plays the media like the first chair violinist in the New York Philharmonic.

The bottom line… So here’s what I think will happen:  The Trump will keep coming up with more insulting and ignorant trash talk. Hillary will put him in his place during the debates. And when the BIG MOUTH BULLY doesn’t know the answer to the questions he doesn’t really understand, he’ll attack the next President of the United States with name calling, and accusations of cheating and rigging. He may even duck out of at least one debate.

When the final votes are counted on November 8th, 2016, and Hillary wins by more than most have predicted, Donald J. Trump, Bully Boy, with the Mouth that roared, “I will fix it,” will tell all the world that his real goal was to undermine the Republican Party for the good of the country. And that the United States should feel a sense of gratitude for his accomplishment.

Give me a break!  Please Donald go home, hug your wife, and thank your children for voting for Hillary.

As an after thought … I just saw Jan Brewer on CNN’s State of the Union, with Jake Tapper. Remember her, the former Republican Governor of Arizona?  She’s the “finger lady,” who was apparently scolding President Obama several years ago, wagging her finger in the President’s face.

As I watched her and listened to this totally unaware, unprepared, not very knowledgeable person (sound familiar?), I began to wonder … That hair looks familiar!  Hmm… Is she Donald Trump? Is Donald Trump Jan Brewer?  Gosh, I really don’t know.  I’ve never seen them on camera together. I’ve never heard or read that they were at the same place, at the same time. Could it be? I wonder … And that hair, wow.