Donald Trump is a Transbender… 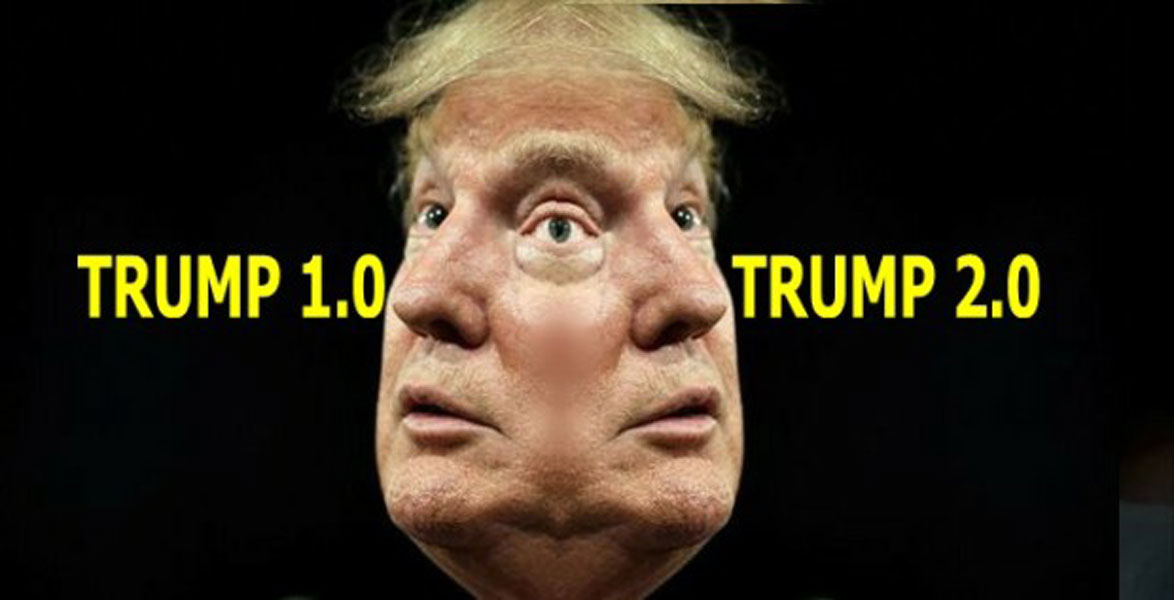 Photo taken from an article written by  Todd Starnes and found on freedomcongress.org

So what is a transbender…? Trans’ bender- Denoting or relating to a person whose sense of which direction to lean or bend does not correspond with his stated preferences or history. A person who is a mismatch between who he really is and those he wishes to mislead or sway to a different point of view.

As in… “The Trump” is leaning or bending to the right. Or, he’s leaning or bending to the left (Not so much at the moment however. But I guarantee you, he will again). Or, he leans or bends with the wind. Or, he leans to the politics of the people he might be addressing at any given time. Or, the Trump leans or bends to attack in a most disgusting manner; depending if you are a woman, an Hispanic, someone who is disabled, an opponent, a news talking-head, and just about anyone who might disagree with him. And he’s been known on occasion to quickly bend back the other way, to a less drastic point of view, if too many people he was hoping to sway, seem to be distressed with his bent point of view.

Or: The Trump recently stated that he is open to raising taxes on wealthy Americans, backing off his prior proposal to reduce taxes on all Americans.

Or: The Trump not long ago stated that he felt women should be punished for seeking an abortion. Then leaned, or bent back the other way, stating that the doctor who performed an abortion should be held responsible.

Or: When the Trump clearly and vehemently stated, “Until our government can figure how how to deal with them, all Muslims should be banned from entering the United States…” He then bent back, a bit more to the left, stating that it really was only a suggestion.

And most recently, “Breaking News” everywhere jumped all over an apparent 25 year old recording of the Trump pretending to be someone else while talking to a reporter on the phone. And of course, when questioned, he assured us that it wasn’t him… “No, it doesn’t sound like my voice at all. I have many, many people that are trying to imitate my voice, and you can imagine that, and this sounds like one of the scams, one of the many scams.” So I ask you the reader… Who do you think really cares about this guys behavior?

The bottom line… The Trump is a lying, misleading, vulgar, demeaning, flip flopper and his supporters could care less… That’s right! They like the guy! He is the TEFLON Trump and it appears he can get away with almost anything and everything. And it’s not difficult to understand why millions of voters want an outsider. Well, consider those he appeals to… In the eyes of many Americans, Donald Trump pales in comparison to our Congress, and the cheap, sleazy crooked politicians (of both parties) who have been mismanaging our country for years and years. And when one considers the monkey wrench that Mitch McConnell and his feeble followers keep throwing into the wheels of progress, it’s easy to understand why folks want someone different. And the Trump is certainly different. And please let’s stop blaming Obama for everything. That holds no water and will be addressed at another time.

Everyone, in both parties should be working together to keep the Trump out of Washington. But I suspect that Paul Ryan and the GOP don’t have the integrity to walk away from this lout. They’ll back him, and if he wins (and he might, as difficult as that is to imagine), we are all in for an interesting ride… Republicans especially, and Democrats as well, should be oh, so, worried.

So “transbend” away Trump man… Just don’t take us all down with you.

For me personally, I hope Bernie drops out very soon and puts his heart into convincing his supporters to back Hillary. It’s clearly the right thing to do. And if he is the man he has been telling everyone he is, then he needs to help keep our country in safe, sane and experienced hands. Anything else by Bernie would be deceitful. And to my Bernie friends, I ask that you also read the following:

http://www.huffingtonpost.com/peter-d-rosenstein/sanders-candidacy-devolvi_b_10168566.html And whatever your feelings might be about Hillary, are you ready to be Trumped? It’s clear the GOP isn’t happy about the possibility. And that’s clearly a red flag… So get out there and vote for the one person who can step into the job without missing a beat and hope for the best. And for what it’s worth, if you don’t vote, don’t complain. You have a responsibility, so live up to it, get involved, speak up, put your two cents in, and pull that lever for democracy.