“I will speak, make that read, from my heart…” 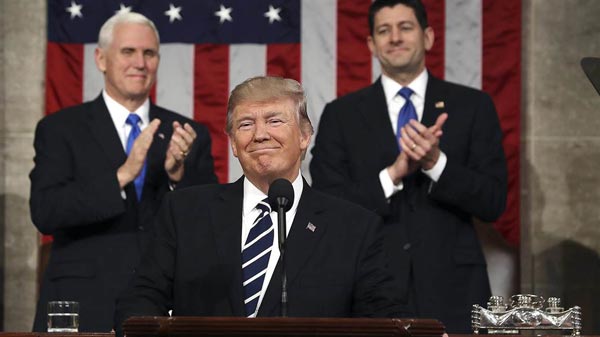 “Nobody can give a speech like me…!”
Got that right pal… A Trump by any other speech is still a Trump. Please don’t be fooled by his address to Congress on February 28th….

On-the-job training for the US Apprentice…
When he does “speak”, he is often reading from a piece of paper, or a teletrumpter, and he is always instructed to “stay on track, do not stray from the words in front of you, do not ad-lib, do not stray from your script…” His inflection and general lack of interest in what he is saying comes across as someone who not only doesn’t know much about what he is saying but also that he’d rather be somewhere else… Maybe lying in his bed watching CNN, Rachel Maddow, The Apprentice, or some other show he can tweet and criticize.

In all fairness, The Trump read a semi-decent speech before Congress last week… good words, but little if any detail, and a lot of wishful thinking. In the end, my gut tells me that there were very few topics or parts of that speech, which The Trump could break down and explain.

A Trump by any other name is still a Trump…
That said, my money is on the other Trump. That would be the one who lives in different world than the majority of us live in. The one who is “tweeting” attacks on others, early in the AM, His life is about always being right, never to be criticized, and especially never questioned about the size of his adoring, inaugural crowd, or his Electoral College win. He Is The Man!! Just ask him… “Nobody” stands in front of a gold plated urinal like The Trump.

Tweety Bird is at it again…
So much for taking a tweet-break… On the morning of March 4th, *TweetyBird was at it again. Our “so-called President” a.k.a., POTUS45, has accused President Barak Obama of wiretapping Trump Tower- As CNN reported – FBI Director James Comey was ‘incredulous’ over Trump’s tweets.

So lets assume that Trump Tower was bugged. If it was, I would also assume that it just might have something to do with the numerous Russian connections by the so-called Trump surrogates, and maybe The Trump himself. And if it was an authorized wiretap, it would indicate a justified-cause to investigate. Whatever the case, it will only be a matter of hours or days before we know if there really was bugging and which Investigative Department ordered it. That said, I’m wondering when more Republicans will hop on the “Let’s get rid of this lout” bandwagon, and get a real leader at the helm, before it really is too late. 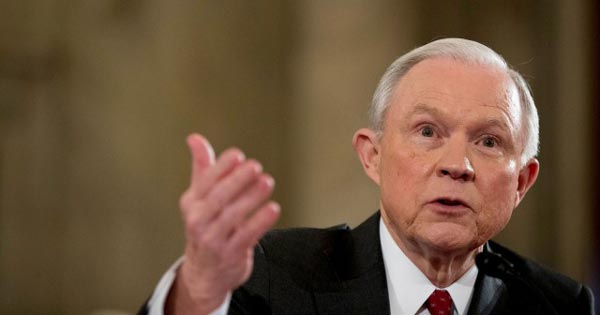 I forgot to tell you what…? (mjnewsnetwork.com)

The bottom line…
What a week- BIG SPEECH– big mouth, small mind, no plans, just the usual, toned down a bit. And **Li’Nsession– Another top level, lying, forgetful soul with Russian connections. Seems to me that regardless of whether the President is a Republican or a Democrat, he or she would want to appoint top level personnel who have good memories, who will tell the truth, especially when under oath. And at that level, how does one forget meeting a Russian Ambassador, known to be a top spy and spy recruiter? Kinda difficult to fathom.

Then there is the supposed, Obama wiretapping… Crossed wires maybe? Or more BS as TweetyBird, sinks deeper and deeper into the Russian-connection, liars moat? Just 5 weeks into this sham of a presidency, the chaos continues, and the obvious fact that there is little or no understanding (at the top) of how our government works or is meant to work, distractions continue to seriously hamper the job of governing. Does the “buck stop” there? Or does it stop anywhere in the world where the Trump logo appears? That’s my guess, and that might also be in Russia. So follow the gold brick road, look for the TRUMP logo on money clips, and not on hotels, at least for the time being. “For Trump, Three Decades of Chasing Deals in Russia” Click here to read the full New York Times article. NYT-

Maybe for another time…
Based on these first 5 weeks, I would ask you to consider the following- The overall attitude of the GOP pushing hard to get their way should baffle the voter’s minds no more than how the DNC operates. The true bottom line… We need term limits on all elected officials in Washington, and probably the entire United States. And I would start with a one-term, six year presidency, and work down from there with regard to Senators and Congressman- Maybe a three term limit. Seems to me, regardless of the party, our elected officials in Washington are out for themselves, and worried more about getting re-elected than bringing good government to to their states and their constituents. After all, aren’t our representatives supposed to represent us? Well it ain’t happening… More on this topic in the coming weeks.

* TweetyBird (a.k.a., POTUS45U) – The orange-headed tweeter is a silly, often offensive and vulgar creature, lacking knowledge, direction, and purpose. It squawks “Nobody” and tweets mindlessly, in search of another distraction.

** Lin session– Pronounced- Lie-N-Session When an apparent liar, at the top-tier of an organization, can’t keep his words or lies straight and falls back to “I don’t remember…” AG Sessions just can’t get it straight. So if he’s lying, get rid of the bum. And if like his surrogate buddy Gen. Flynn, a.k.a. FlynnFlam, he is forgetful, don’t believe it… Get rid of the bum.