It is what it is… 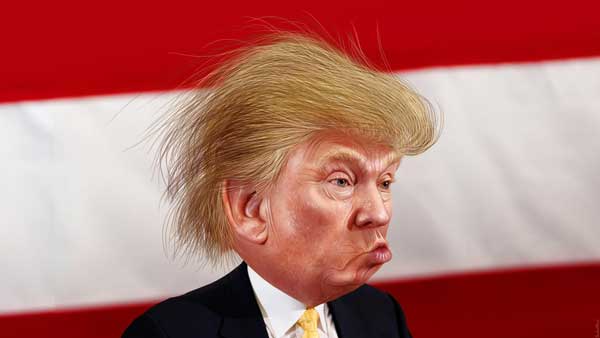 Maybe it’s a good thing The Trump won…
I’ll bet no one ever expected to see those words come from my keyboard, nor hear those words or thoughts come from my mouth. And here it is only ten days after the election. What has this world come to? Am I really thinking and speaking these thoughts, and why?

Mind change…
On the morning of Friday November 11, 2016, Veteran’s Day, it all came to me… Maybe it’s better that The Trump will be our next President!! What? Well Hillary wasn’t a bad person, just not a very good candidate. The Trump on the other hand is a despicable person, but he was a great candidate. He worked the press, he worked the crowds and got the vote. But not the overall popular vote (Another discussion for another time.).

I was one of those who was convinced Hillary would win. And like many others, I didn’t see it coming. But The Trump worked the crowds like no other, while Hillary didn’t do much other than count on X-number of women, Blacks, Hispanics and Wisconsin to put her in the White House. It didn’t exactly happen that way. And please don’t tell me Bernie would have won. The guy brought nothing to the table other than “grump & grouch”. And that wouldn’t have cut it.

If Hillary had been elected, the GOP-dominated Congress would have shut her down from day one, through day 1,460. They would have allowed her less breathing room than they allowed President Obama. The Trump as President, The Outsider-Elect is going to “drain the swamp…” And he seems to be starting by bringing in lots of “insiders” to help formulate his cabinet and his direction. Now that doesn’t seem to be what he promised, but he seems to be finding some direction. Time will tell. But in the meantime, Democrats and Republicans alike will have to work together to keep The Trump on course and the nation safe. And working “together” is something that hasn’t taken place in Washington, in a long time.

So the BIG man just loves to Tweet…
No, we’re stuck with The Trump, at least for the time being. My gut tells me that Vice-President Pence will fill out the term as President. I say that because of possible impeachment, quitting the gig out of boredom, or by way of glutinous suicide, by overeating when things don’t go exactly his way. It would appear his attention span is limited to 140 characters… There is very little intellect, or understanding of the world outside his 24 carat bathroom. Worse yet, the frosting on that cake is ignorance… Somewhat “vanilla” ignorance!

I’m betting The Trump will designate almost all Presidential responsibilities, to his VP, his Cabinet members, and numerous others who clearly understand the daily world in which they walk, including his children. And my guess is that the possible request for a Top Secret clearance for his son-in-law, Jared Kushner, is so the kid can read and explain the Daily Briefings to daddy.  The Trump is already bored with anything that requires an explanation of more than 140 characters. If it’s more than three sentences, he’s lost. He’d rather sleep in The Tower, eat at “21,” and, I suspect he’ll be hanging out in his new hotel just down the street from the White House, looking for babes to hit on. After all, he is the Celebrity President, which clearly entitles him to grab any woman, by any body part, anytime he likes. 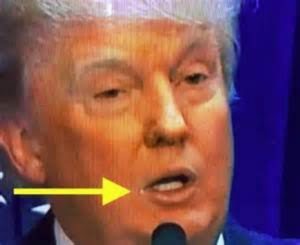 Our President-Elect has indicated he doesn’t want the press anywhere around. After all, the “press lies,” and “lies” about the liar don’t seem to sit well. I also believe he apparently doesn’t want the press around to take note of the drool trickling from the corner of his mouth when he’s checking out the babes at his new Trump International Hotel, just a few blocks from that White House. Ya know, it is what it is… So, I’m thinking we should support this new President as best we can. Better yet, let’s support the government and keep our fingers crossed.  And that was 140 characters… Tweet, tweet!