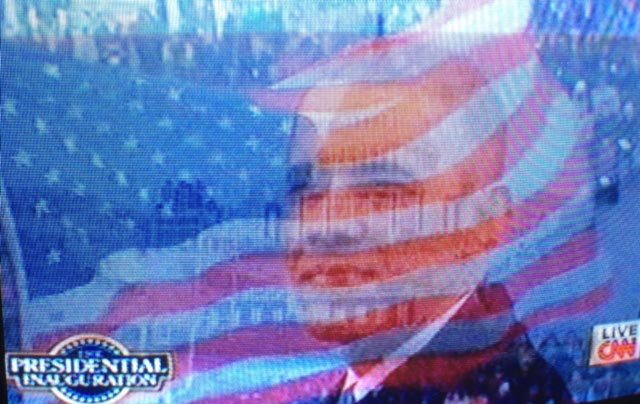 What a week that was… It was over three years ago and I remember it like it was yesterday. It was Monday, January 21, 2013, the day we celebrated Dr. Martin Luther King’s birthday. It was also the day President Obama was inaugurated for his second term — His second term! In reality, January 21st was a reenactment of the actual swearing-in the day before. January 20th is the day the Constitution dictates the swearing-in must take place.

Later that same afternoon, I went to a reading of a David Mamet play at Northwestern University. The title of the play was “RACE,” and it was being presented in honor of MLK Day. About half way through the reading, I realized the message we were to take away was to be determined by those of us in the audience. Individually, we would each decide for ourselves the significance of Mr. Mamet’s words.

It wasn’t all black and white… so to speak. There were numerous, memorable lines in this play. There were words of hate. There were various descriptive words that were foul and insulting, and will not be repeated here. But I assure you those words had purpose. One line in particular that really touched me and cut deepest into my being was, “Race is the most incendiary topic in our history.” It was that line that made me realize we are what our experiences dictate.

Our feelings about race have to do with where we grow up, who our family and friends are, where our influences come from, in school, after school, from the books, magazines and newspapers we read, the television shows we watch, etc., etc. All the varying experiences that take place in our daily lives do influence the way we think, act and respond to matters of “race.” And as I said, it’s not all black and white. Yet to some, it’s very black, while to others, it is very white. Or should I say, it’s very black vs. white?

The Institute or Museum itself is a work of art. But the images inside, and the spoken and written words of people coming at each other from different directions dating back to the Civil War, give one a sense of history that, until recently, I believed were “historical.”

Granted, the separate classrooms and water fountains and bathrooms marked “Whites Only” or “Coloreds” don’t exist in today’s world. But in my opinion, the disrespect shown our President, and the numerous, somewhat successful attempts to keep our President from doing any good whatsoever under Republican Majority Leader, Senator Mitch McConnell’s banner of, “My single most important goal is to make Barak Obama a one-term president,” just reeks of racism.

On 09-09-2009, during an address to Congress by President Obama, (R) Rep. Joe Wilson from South Carolina interrupted and shouted out to the President, “you lie…” On January 25, 2012, a video of the (so-called) lady governor from Arizona, with her mouth agape and her scolding finger just inches from the President’s face, was played on news programs across the country. These two incidents, along with Sen. McConnell’s (failed) crusade are, in my opinion, race-based examples of disrespect not witnessed in this country, at that level, in a long time.

As a white, northern liberal brought up in Chicago during the 50’s and 60’s, it all smacks of racism. And I challenge anyone of these three apparent “haters” to defend their positions and aggressive acts of disrespect towards our President. Unfortunately, many in the media did not dig as deep into this story during President Obama’s first term, as they did into Beyonce, lip-syncing the National Anthem, earlier in the week. The fact of the matter is: These three political dolts hate the thought of having to sit across the table from the black guy… who by the way is a whole lot smarter, caring and credible than any deadbeat racist I can think of.

The bottom line…
If you ever get the chance, visit the Birmingham Civil Rights Institute. Walk through the historical, chronologically-arranged galleries. Read the words and listen to the audio presentations. Be reminded of blacks getting the right to vote, of Rosa Parks riding on a bus, sitting in the “Colored” seating area as she refused to give up her seat to a white man who had nowhere to sit in front. Watch the footage of the Freedom Riders in their attempts to ride public transportation into southern states that practiced segregation. Read of their bus being blown up and of the beatings they received when attacked by local mobs.

Lastly, if you really want your world rocked, stand back five to ten feet from the large-screen video presentation of the Rev. Martin Luther King giving his “I Had a Dream” speech in Washington, D.C., in 1963. Then, when you leave the building and step out into the fresh air and the sunshine, look back one more time, and be ever so grateful that we have a president who really does care about all Americans, including McConnell, Wilson and the “finger lady”. And take pride that so many believed so strongly that Barak Obama was the right guy for the job… twice!