The killing of Alton Sterling 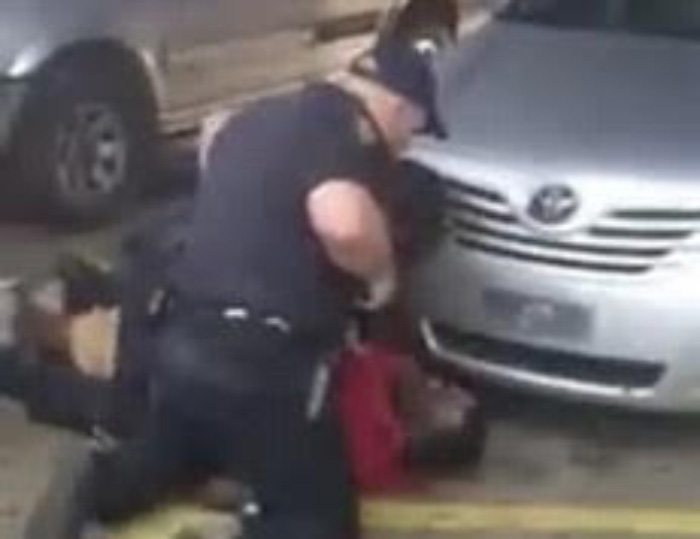 But ﬁrst… Breaking News?
Nice, France- The ﬁrst time for sure, and even the fourth or ﬁfth time, okay.  But do we really need to see and hear, the large white truck, driving through, and over, dozens of screaming people,  young and old,  over and over again, hour after hour after hour? I think not!

Yes the recent tragedy in Nice, France was Breaking News. Yes it what horriﬁc, and yes it is important to inform the world. But come on CNN, 15-20 times an hour, and probably more? And not to be picking on just CNN, other networks were doing the same thing.

Now to the credit of CNN, at one point they showed multiple bodies laying about, in black and white (no color, no red), so as not to sicken, disgust, and or  frighten viewers, many of whom might be young. That was a smart and conscientious move. But most of the action was there to be seen, in color, with the screams. And THAT’$ ENTERTAINMENT… Da, da, da, da, da!

On to part 2. The “race is on…”
In last week’s column I referenced the killing of Michael Brown, in Ferguson, Missouri. I feel that his own actions put him in harm’s way, resulting in his body laying dead in the street, shot multiple times by the policeman he had attacked only seconds earlier, while going for the ofﬁcers gun, whom he was seemingly going to attack again. My opinion for sure, and unlikely to change. And there are surely many who will agree, or disagree. But it was what it was.

So let’s look now, at a number of other shootings, some fairly recent, from a different perspective. And I will call them as I see them, and you will do the same. In some instances we will agree, and others we will not. But these male individuals are dead, and they should not be… These killings never should have happened!

Trayvon Martin, age 17, Feb. 26, 2012, Sanford, Florida, murdered by George Zimmerman. A would be vigilante and a wanna-be cop, and thank God that ain’t gonna happen. Hard to believe, but Zimmerman got off scott-free. Or should I say Trayvon-free? Totally avoidable, and it never should have happened!

Eric Garner, age 43, July 07, 2014, New York City. No guns involved in this death- While Mr. Garner was resisting arrest, a NY police ofﬁcer got a strangle hold around Garner’s neck and took him to the ground. Although unintentional, Garner was basically choked to death by the NYPD ofﬁcer, still using a strangle hold while Garner was being held on the ground. Little, if any, help was given by other police ofﬁcers at the scene as Garner keep saying “I can’t breathe, I can’t breathe…” Possibly a little less aggression should have been used by the police… But like the man says, you cannot resist arrest… Avoidable, and it never should have happened! Click her to view the Eric Garner video.

Tamir Rice, age 12, November 22, 2014, Cleveland, Ohio, shot dead by a police ofﬁcer, while wielding a pellet gun. A 911 caller reported a “Black male sitting on a swing, in a park, pointing  a gun at people.” He also told the 911 dispatcher it was “probably a toy gun,” and that the person with the gun was probably not an adult. When the dispatcher alerted police in the area, it was not mentioned that the gun might not be real. Nor was it mentioned that the person with the gun was probably a juvenile.

Now what really bothers me most about this case is the way the police approached young Tamir Rice. They drove their vehicle into the park, and right up to him… Right up to the person, reportedly with a gun! They didn’t stop 10′ away, or 20′, or even 30′ or 40′ away. They drove right up to him. And as they pulled up, Tamir Rice did reach for the pellet gun in his waistband. The two police officers immediately  got out of their squad car and within literally seconds shot him twice. And then offered no assistance as he lay on the ground bleeding.

So I ask you- Have you ever seen a situation, in anyway similar, where the police didn’t stop their vehicle a safe distance from the suspected perpetrator, get out, stand behind their car door, remove their guns, point them, and direct the person to (whatever the case), drop their weapon and lay on the ground? And I’m not talking TV show cops or movie cops. I’m talking real-life cops, in real life-and-death situations. And the police ofﬁcer who ﬁred the two shots, had already been dismissed from a similar position, in another city, for being “deemed an emotionally unstable recruit and unﬁt for duty.” Tamir Rice died the next day.

Something is clearly wrong with the local police department, with regard to vetting who they hire and whatever training follows. Absolutely, totally avoidable, and it never should have happened! All of these stories bother me, but maybe this one more than the others: Click here to view raw footage.

Walter Scott, age 50, April 04, 2015, North Charleston, South Carolina. Eight shots ﬁred at an unarmed man running away from a police ofﬁcer. Avoidable? ARE YOU KIDDING ME!! It never should have happened. Click here to see for yourself.

Philando Castile, age 32, July 06, 2016, St. Paul, Minnesota. Pulled over for a broken taillight. When asked for his license and registration, Castile, as required by law, informed the ofﬁcer that he was licensed to carry a gun and that he had one with him. The ofﬁcer then told him not to move. And as Castile was putting his hands back up, the ofﬁcer shot him four times, at close range. Again, an avoidable shooting of another black man, which never should have happened! The video can be seen on Facebook- Click here to view.

Alton Sterling, age 37, Baton Rogue, Louisiana, July 07, 2016. Shot multiple times at near, point blank range, as he lay on the ground, being held down by two police ofﬁcers. . Totally avoidable. Really hard to believe it happened, and it clearly should not have. Click here to watch, and judge for yourself.

Laquan McDonald, age 18, October 20, 2014, Chicago, Illinois… I saved this story for last, because it took place in my home town, a city under siege by gun carrying gang members, where shootings and killings take place on a weekly, if not an almost daily basis. This is such a sad story… From the day this boy was born, up to and including the evening he was murdered, it would seem he never had a chance. It’s almost unbelievable.

Laquan McDonald was shot 16 times in less than 18 seconds by one police ofﬁcer. And for most of those seconds, he was laying on the ground. When ﬁred upon, he was walking away from the police ofﬁcers. This never should have happened, and was totally avoidable. As reported by the Chicago Tribune – Click here for the original article.

The bottom line…
So now I’m sitting here trying to ﬁgure out what to write to close this column out. And the only thing I can come up with is this: Many of the “stops”, and the way they were handled, which led to the deaths like the ones mentioned above, are due to racial proﬁling. And whatever the case, in today’s “viral world”, they hit the TV screen or FaceBook within minutes. And it does give one pause to ask- What’s been going on out there? One can only imagine the injustices that were not documented prior to the camera phone… Or one could go back and dig up the untruths and the falsified records.

So please, consider how long these types of crimes against the black community have been going on… All the way back to when it was common to hear words like-  “hang him from a tree”, or “burn him alive, who’s gonna care” or maybe just something as direct as “shoot the black son-of-a-bitch… “Racial profiling must stop!

I say enough already… It should never happen again!