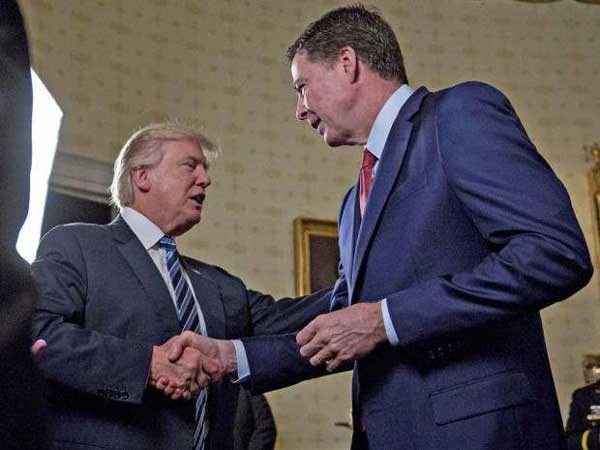 The Republicans need to standup, and BIG TIME!
So F.B.I. Director Comey gets fired, and there are mixed feelings everywhere. The firing  is somewhat understandable considering the way Dir. Comey dealt with Hillary’s emails and that so-called investigation, as well as a few other issues. Of course, Mr. Trump was praising Director Comey back then, in a BIGLY way. But now it seems a convenient reason to fire the Director… months after the fact. Could there be another reason? 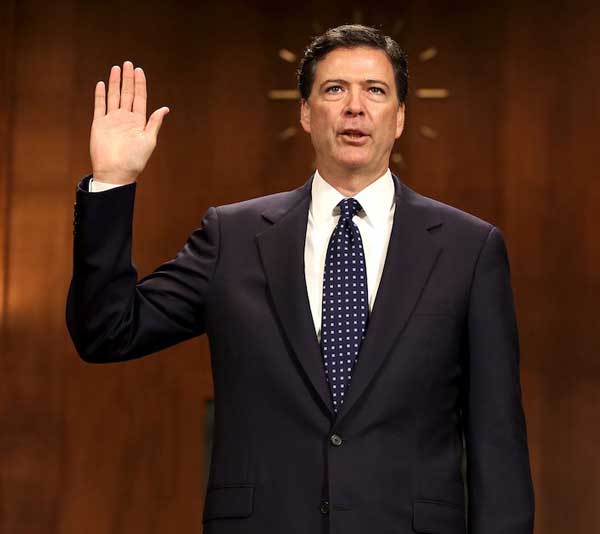 Seems to me its safe to assume that the Trump-Russia investigation was getting a little to close for Mr. Trump’s comfort. So Mr. Trump fires the guy leading that investigation. It ain’t brain surgery folks, its Trump-business  as usual. Now would be a good time for the Republicans and Democrats to work together to make sure that an investigation is put in the hands of a Special, non-partisan, committee and go for the gold… regardless of wherever it might lead. Get the answers, prosecute if necessary, close the investigation and get back to running our country in a way that brings credibility to one and all. And hopefully both sides of the aisle will be represented in doing the correct and honest thing to end this mindless, and repeatedly, Trump-delayed debacle. Its not likely, but it would be the absolutely best thing for our country.

Next…
My prediction, the next person to go will be Sean Spicer. Apparently he is at the Pentagon for a week or so, fulfilling his Naval Reserve duty. Now it did come to my mind last week when Deputy Press Secretary Sarah Huckabee Saunders replaced Spicer for a day, that she would soon be replacing her boss. She did a much better job.

Overall Spicer has been an embarrassment from the get-go, and I’m surprised he’s been kept around as long as he has. This afternoon, Saunders was back at the podium. Shortly after that someone at the White House mentions to a CNN reporter that due to yesterday’s Comey-chaos, Spicer might be replaced. Of course, why not, it’s gotta be Spicer’s fault… the Comey-chaos was totally Spicer’s fault. Gee, I assumed it was O’bama’s fault. I guess, as much as he would like to, Mr. Trump just can’t blame everything on his  predecessor, President Barak Obama. 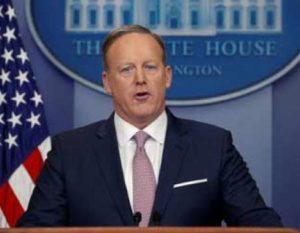 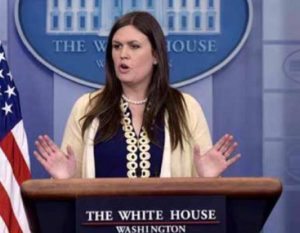 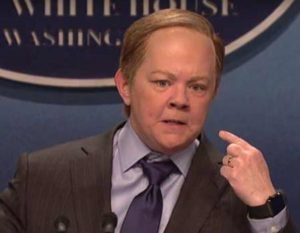 The real deal, and the best of the lot. Melissa McCarthy, on SNL. (NBC)

Regarding Spicer, here’s another theory…
Melissa McCarthy is hosting SNL this Saturday night, 05/13. And I’ll bet, that when Mr. Trump found out, he wanted Spicer gone to avoid another embarrassing, podium-driven, chaos-filled news conference. Gosh, now that I think about it, I sure hope Lorne Michaels and the SNL cast will be ready to go with a last minute, “Sean-will-be-fired-by-the-weekend,” and Sarah Huckabee Saunders will be the replacement… Be assured Cecile Strong will probably get the call.

The bottom line…
I have predicted that Mr. Trump will be gone before the end of 2018. I will stick with that. Our current POTUS45, and several of his top level hacks – Conway, Bannon, Spicer and now Saunders, backed up by several TV, blonde talking heads, as well as former Sen. Rick Santorum, former Rep. Jack Kingston, and Jeffery Lord, are all liars in their own right, and some of the biggest backers of the “Liar in Chief,” ever. But none do it like Mr. BIGLY, and the difference is simple… He believes it! Yes, Mr. Trump thinks that whatever words come out of his mouth are the truth, the whole truth and nothing but the truth… Also known as D I V E R S I O N!

With that in mind, Mitch McConnell and his cronies would best serve the country, by supporting the concept and implementation of a “true” Special Prosecutor to follow through with the Trump-Russian investigation and take it all the way to the end, regardless of where it leads. In doing so, all supporters and believers of getting to the truth will benefit. In the end, we become a better country, a stronger country, a more open and transparent country. And that will make “America Great Again,” because ever since Mr. Trump took his Presidential oath, the United States of America has been in a decline mode.

This country is in sore need of leadership. I’m not sure who, when, or how that will happen, but the United States can’t keep running on empty. We are better than that.

For future reference: The Congressional Switchboard: Let you voice be heard…

Call your Representative or Senator- 202-224-3121
You will find The Brokennews NeWerd Dictionary by clicking here.