Nothing but lies and insults. Yup! That’s our new POTUS… 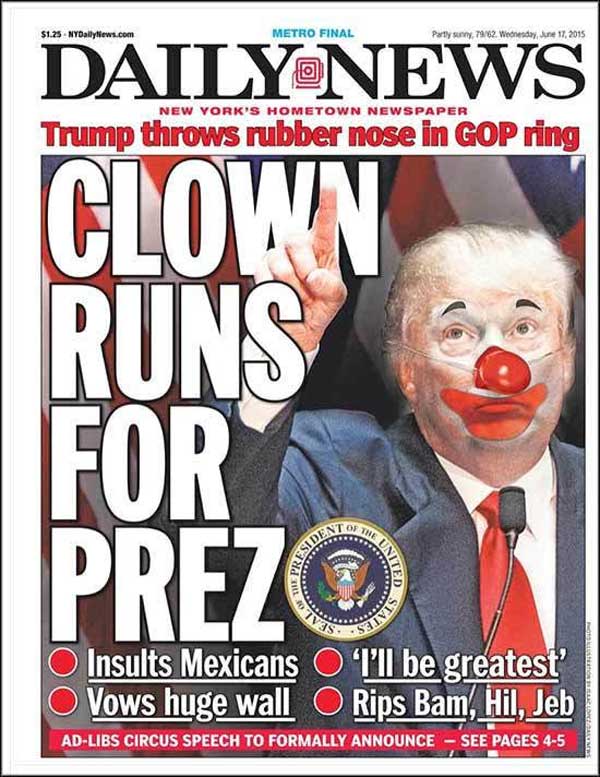 And let us not forget ignorant, unknowing, and school yard bully…

This photo only sums up part of who our new President is. He most definitely comes across as a clown, and a clown of the worst sort. Historically children are afraid of clowns. Well, it would now seem we should all be very afraid of this particular clown.

I feel that in the coming months more and more will come out about President Trump. Even at this early stage, it’s convenient to say “nothing would surprise me…” but I’m not so sure anymore. My gut tells me that we will learn more about Trump’s relationship with Russia and Mr. Putin. We will learn more about his business dealings, his personal life, and maybe even his so-called “tax audit.” The point is, there is probably way more bad news to come, than good news. And the more his foul mouth lies are spit forth, the harder those that care — those journalists he continues to attack — will continue to dig deeper to find the truth. 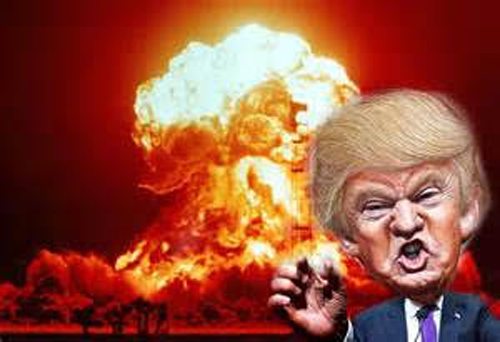 Of course The Trump will label it all “Fake News,” and some of that might get through. But this apparent sociopath is an on-going accident waiting to happen. Let’s hope that accident isn’t the size and shape of a mushroom cloud. His oversized, unbending ego only sees himself as the all-knowing, omnipotent, savior of our country. He thinks he knows it all and that he can fix it all. He just doesn’t get it. He clearly thinks he is perfect, never wrong, and has no problem trying to besmirch or even destroy those who question or cross him.

The bottom line…
I think Mary Schmich, of the Chicago Tribune, always pretty much tells it like it is.

Fake fake fake fake fake fake fake
Everything reporters make!
Don’t believe that Buzzfeed crap
Russia’s barely on my map!
Why do lib’rls pick on me?
Is this Nazi Germany?
I deny this lousy “leak”
No, no, no, I’m not a freak
All those claims, well, goodness gracious
They are very, um, salacious?
That’s the press’s prissy word
No, those things have not occurred!
CNN is full of worms!
Hey, I’m terrified of germs!
This is an abomination!
See you at my coronation!

This and other installments of TrumPoem can be found here:

And to read more of Mary’s columns click here: 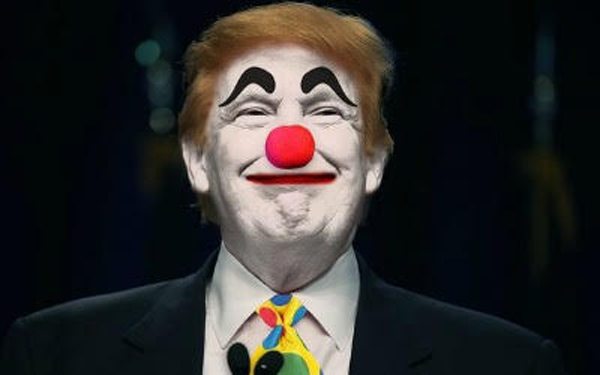 In the end, we must consider whatever information we take in, and decide for ourselves. And when the reporting is about a soon-to-be sworn in, President of the United States, who is a thin-skinned, ignorant, thug of a man who constantly lies, attacks the sometimes defenseless, and seems to have no respect for anyone, or anything… Well, what is one to think?   How about yes, clowns can be scary…