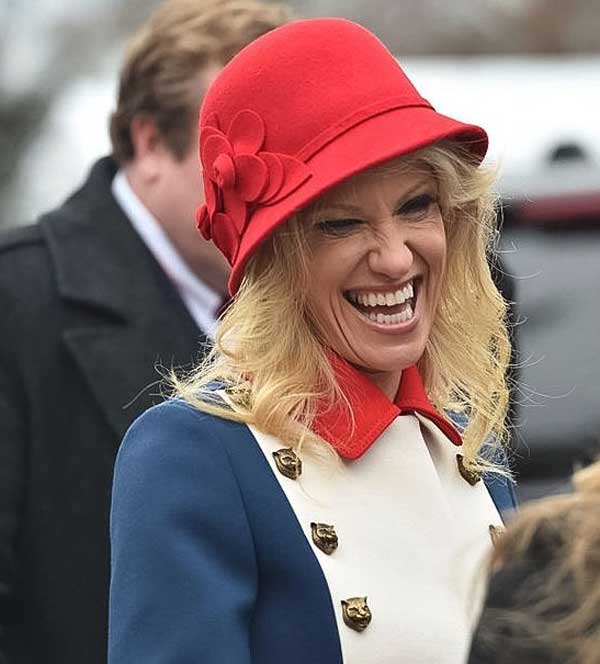 A missed opportunity?
Absolutely. In her January 21, 2017 column , Lynn Sweet opened with, “President Donald Trump’s inaugural address was a lost opportunity to be conciliatory…”   In her column Lynn wrote of Trump’s Senior White House Advisor, Kellyanne Conway’s comment about her boss’ “personally written” 16-minute speech: “You’re going to hear a man of action, a man of resolve … In what we all know is a divided country.”  You can read Lynn’s entire column here:

It’s pretty clear that “Don-Boy” did write many of the words that went into that speech. And then someone else went in and cleaned it up, probably quite a bit. The problem with the speech was, it was the same, ongoing problem with Trump … He just doesn’t get it. He’s been blabbing about the same old garbage for 15-18 months now. There’s nothing new! There are no new ideas! No plans, nothing explained in any detail. But the President did assure us that, “American carnage stops right here, right now…” Wow, I am so relieved.

So how long will it all last? In an earlier posting I speculated that The Trump would not fill out his 4-year term. On November 18, 2016, shortly after the election, I wrote, “We’re stuck with The Trump, at least for the time being. My gut tells me that Vice President Pence will fill out the term as President. I say that because of possible impeachment, quitting the gig out of boredom, or by way of glutinous suicide, by overeating when things don’t go exactly his way. It would appear his attention span is limited to 140 characters. There is very little intellect, or understanding of the world outside his 24-carat bathroom. Worse yet, the frosting on that cake is ignorance… Somewhat “vanilla” ignorance!”  To read the entire 11/18/16 post click here: 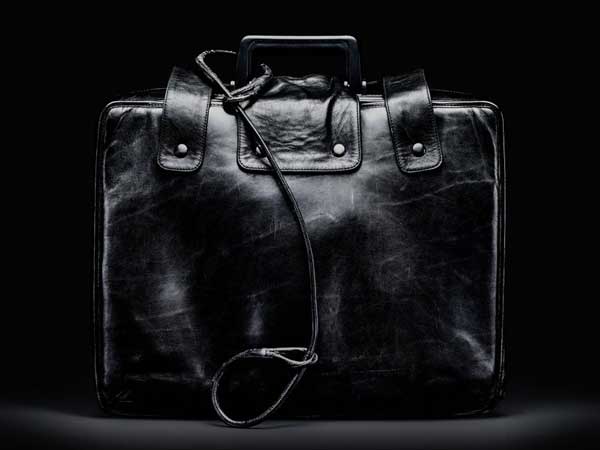 Briefcase used by the President of the United States to authorize a nuclear attack while away from fixed command centers.                  (Photo by Jamie Chung)

Observations and tidbits…
On the morning of the inauguration, “Don-Boy” will have “The Football” explained. And if he   missed the earlier briefing when “The Football” was probably     mentioned in some detail, his briefing on 01/20/17, on Nuclear weapons, codes, how and when, etc., etc., should have been rather sobering. Our worry as citizens of this already “great” country should be that “Don-Boy” just doesn’t seem to get much of anything. But get this, please — Don’t fire a nuke if someone  sends you a Tweet calling you a liar. You are a liar! Better you should learn to tell the truth. Playing with “The Football” is not going to go over well with the world community. As for “The Football” learn more here:

I’m a “Baby Boomer” a Veteran, and a product of the Vietnam War. We had faces and voices that helped bring an end to the Vietnam War. “The Chicago Seven” did a more than an admirable job in helping to bring attention to the likes of Presidents Johnson and Nixon, Cambodia, etc., etc., etc. This movement needs a leader and we must find that person and voice before all is lost.

The bottom line…
Almost every time “Don-Boy” speaks he gives us the “same-old, same-old” words, phrases and gestures we’ve been hearing for the last 15+ months. It never changes. Let us hope that the next 1-4 years improve on this TrumpTidbit- Life Accordion To Trump.

I hope you’ll subscribe to the BrokenNews Blog below… When you do, you’ll get the latest news and updates from brokennews.press before they go online.