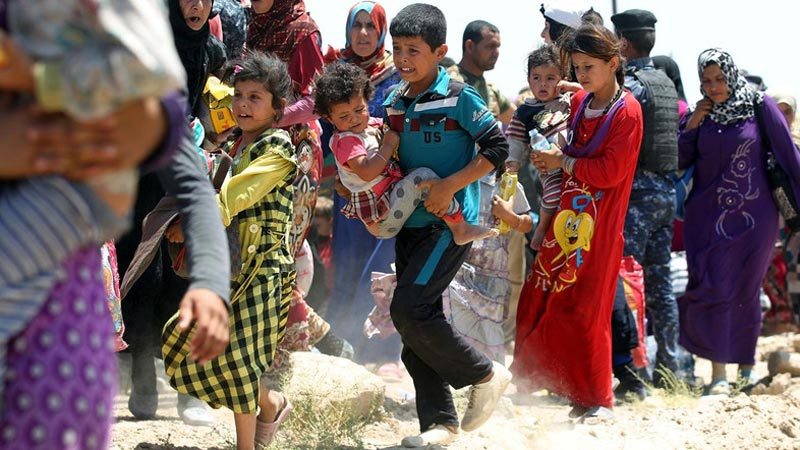 So let’s call it what it really is… But what is it?
Are you kidding me? “INHERENT RESOLVE” – that is the name the Pentagon and the U.S. Central Command came up with for their long-term military campaign to deal with ISIS?

The Chicago Sun-Times reported in October 2014, “The naming, which took weeks of deliberation behind closed doors…” INHERENT RESOLVE? That doesn’t even come close to stacking up with the “resolve” in the name which apparently inspires and drives the ISIS troops to action. Their nickname, or so it would seem- “Let’s kick their asses and cut their heads off…” And ISIS apparently doesn’t care whose ass they kick or whose head they cut off, or who they drown in a cage lowered into a swimming pool.

Now to be certain, I am not making fun of all this. No humor in seeing anyone have their head cut off. No humor in the slaughter perpetrated by ISIS, or any troops, in any war or conflict, at any time in history. But come on guys… INHERENT RESOLVE?

What ever happened to the minds that came up with “Desert Storm” or “Shock and Awe”? And those were just the names, I’m not even mentioning the outstanding leadership and tactics that made short work of the enemy in those conflicts. https://en.m.wikipedia.org/wiki/Gulf_War

So what is in name?
Well, we had, and still have, “The Fog of Ego” – my name for what would be Bush, Chaney, and Rumsfeld’s Iraq War, also known as Operation Iraqi Freedom, under the guise of “let’s go get those weapons of mass destruction…” Total B.S.!! And for those who care to enlist a little research- here are a few things to consider before and after the U.S. Went into Iraq, in April 2003, which has left us where we are today… Fighting in a number of countries.

1. The United States had been operating a “no-fly zone” over Iraq since 1991- http://en.wikipedia.org/wiki/Iraqi_no-fly_zones. I believe I heard or read somewhere that the annual cost was around two billion dollars a year, but it appeared to be keeping Hussein & Co., in check. A BIG amount of $ for sure, but no where near what that war cost since the invasion in 2003, and I’m not adding in the cost of stolen cash, weapons or supplies. And how do you place a price on the lives of the lost and wounded? Shouldn’t someone, somewhere be held accountable for lives lost due to the fabrication of circumstances? The bottom line- With the no-fly zone, Saddam was going no where and the threat of him actually going after the United States, Israel or any of his Arab neighbors seemed pretty remote.

2. Within days of 09/11, American Special-ops troops in Afghanistan were making a pretty good go of it with regard to hunting down Osama Bin Laden. That is of course until they were called off. Somehow, all of a sudden, the real villain was in Iraq. That Saddam Hussein sure was a really bad guy… And clearly at fault!

3. Numerous American statesmen have been in bed with the Saudis for years, before, during and after “W”. It’s not just a republican thing; this one clearly crosses party lines. Please make a mental note- 15 of the 19, 09/11 terrorists were Saudis, and hours after 9/11, the Bush administration helped fly Bin Laden family members safely out of the US and back to their mideast homes. Since then, any number of known, or captured terrorists have been of Saudi decent. And now we must ask our selves what about the redacted 28 pages from the 9/11 Commission report? http://www.thedailybeast.com/articles/2015/01/12/the-missing-pagesof- the-9-11-report.html
4. And lastly, let me suggest a book, for reading or reference: The title, THE IRAQ WAR READER History, Documents Opinions, edited by Micah L. Sifry and Christopher Cerf, and published by TOUCHSTONE. While referencing this book some years ago, several chapters/”Documents” caught my attention.

a. On page 199- An Open Letter To President Clinton: Remove Saddam From Power. This letter was dated January 26, 1998, and was signed by Elliott Abrams, Richard Armitage, William J. Bennett, John Bolton, William Kristol, Richard Perle, Donald Rumsfeld and Paul Wolfowitz, to name about half of the signees. The letter to President Clinton urged him to “implement a strategy for removing Saddam’s regime from power.” Again, the letter was dated 01-26-1998.

b. On page 222- An Open Letter To President Bush: “Lead The World To Victory”. This letter was dated September 20, 2001 only nine days after the World Trade Center Towers fell to the ground… “We agree with Secretary of State Powell that the United States must find and punish the perpetrators of the horrific attack of September 11…” Another entry mentioned Iraq, “But even if evidence does not link Iraq directly to the attack, any strategy aiming at the eradication of terrorism and its sponsors must include a determined effort to remove Saddam Hussein from power in Iraq”. Many of those who signed the Clinton letter in 1998, (but not all) also signed this letter, dated 09-20-2001.

c. On page 243 is an article originally published in the Weekly Standard, on January 21, 2002, titled What To Do About Iraq, written by Robert Kagan and William Kristol. Mr. Kristol was then, and still is the founder and the Editor of the Weekly Standard. Once again- more push about WMD, invade Iraq, oust Hussein, etc., etc., etc.

The weekly Standard is a conservative magazine and blog http://en.wikipedia.org/wiki/The_Weekly_Standard

I’m quite sure you get it by now- Neocons, continually pushing to go into Iraq. Well their dream came true when they got their paws/claws on “W”; they had the perfect vehicle to carry out their plan. They had young George, who might, have felt he had a lot to prove. They had a master ventriloquist in Dick Cheney and that guy can say “W M D”, through his sneer, without even moving his lips. And they had Donald “The Fog of Ego” Rumsfeld as Secretary of Defense and a signee to the Clinton letter mentioned above, written 01-26-1998.

In April of 2003, the plan of attack at the time seemed sound. But as we very quickly learned, there was no “what next?” thought given or considered… Duh! And as a result thousands, and thousands of people from numerous countries are dead, still dying and will continue to die, until some allied force, from somewhere, can ban together and wipe out ISIS, the Taliban, and Al Qaeda.

What might be next…?
I’d like to think, that at this very moment, President Obama and his military commanders are silently moving troops, weapons and “boots,” into the areas around and in Baghdad, and are getting ready to deal with ISIS, with some real resolve. It’s about time. And if they’re not, and if American heads roll in Mosul or Baghdad, then what next? INHERENTLY SCREWED?

Or maybe it’s the CRUSADES PT 2…
Pakistan, March 27, 2016 Taliban terrorist SUICIDE bombers set off bombs in a park in Pakistan. First report: 67 dead, 315 injured. And the apparent goal was to kill Christians. So what are we all to think? “We” being the operative word. Because the “we” is the rest of the world. So how do “we” deal with this global terrorism? And what terror is coming next?

The bottom line…
For the record Mr. President, right or wrong, I personally do agree with this criticism- “we should stop telling the enemy when and where we’re coming and going next.” Stop telling, and stop warning the enemy! Stop giving them time to get ready! Stop giving them the time to plant more roadside bombs! Stop giving them more time to rig explosive devices in the homes and ruins! Stop! Stop! Stop! Just do it!! And if your concerns are collateral damage, get more tactical… But please stop endangering the lives of those brave Special Ops. troops who are going in under the most dangerous of circumstances. And in case no one is concerned… What are the Iraqis and the United States doing to protect the the Mosul hydro-electric dam, from both structural problems and ISIS? http://www.cctv-america.com/2016/03/13/iraq-and-us-warn-mosulresidents-of-possible-dam-collapse

So what comes next? Will it ever end? INHERENT RESOLVE? How about a little Shock and Awe ass kicking?