Yes, we can do it again… 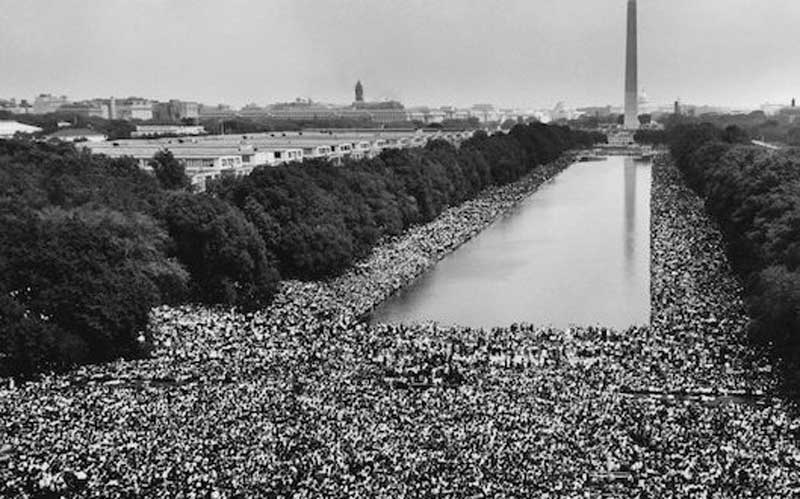 Back in the day…
Two of these first three photos really were “Back in the day.” Back in my day… I’m quite sure I am older than many who read my blog. And that’s ok, for I am happy, healthy, and energized by the events of the day. And we all should be… For there is hope! But we all need to pull together and become more familiar with those events. And be assured that in doing so, its quite possible that you will have have a better understanding of many of those events, than our current President.

Now more than ever, its important to get involved. Find your niche! Maybe a demonstration, a march, a meeting, read a blog, a newspaper article, watch a TV show where opinions are expressed… Become more aware, and maybe even get involved. Help make a difference.

I hurt for my country… How about you?
So many people I know tell me they feel like their stomach is tied in knots. I get it. I feel the same way. Many local store owners are complaining their sales were off more than usual for a January. Of course, January is usually slow because people are paying bills from the previous two months. Tough winter weather can effect January sales, as well, but so far this year, at least in Chicago, the winter has been of very little consequence. So what’s going on? 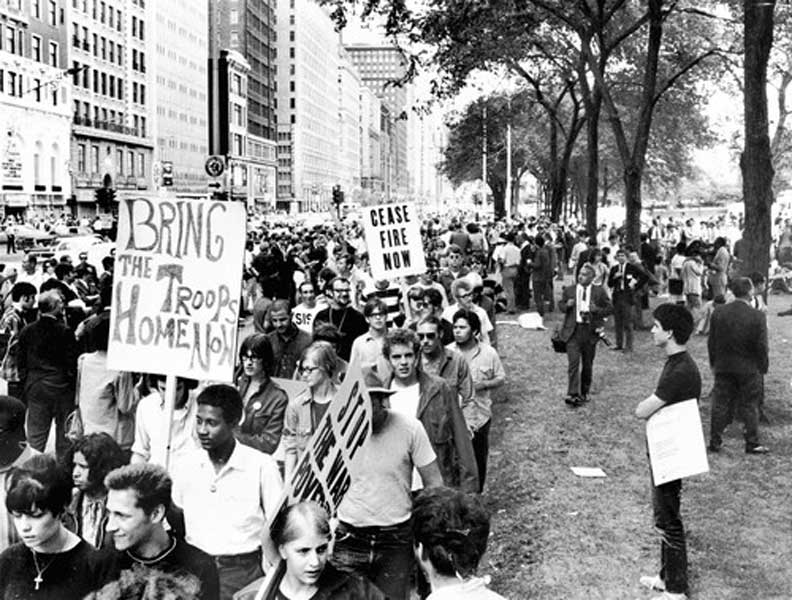 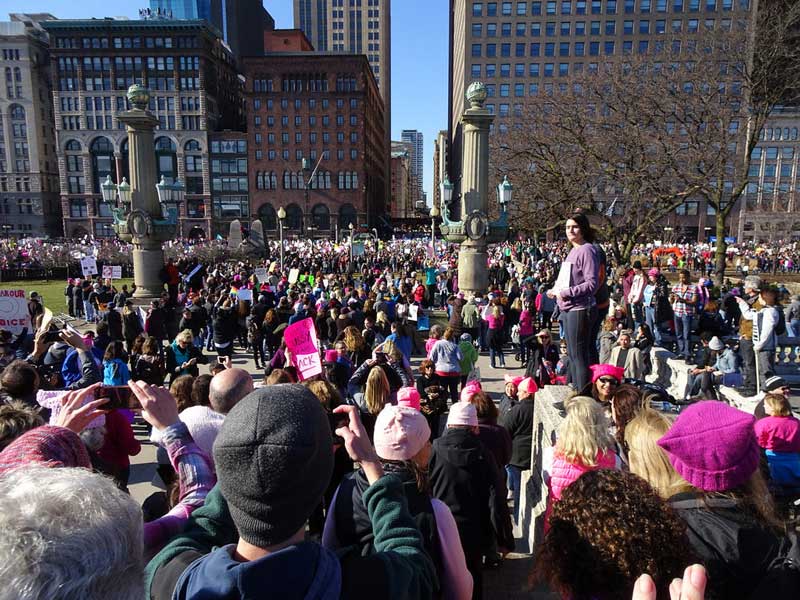 Prior to a Presidential election, businesses will often feel a slow period due to anxiety. I’ve experienced it myself  and it has happened during more elections than I care to remember. But at times its not so bad when a president is re-elected- Reagan, Clinton, “W” and Obama. But this last election and the past three weeks are taking a toll.

Many people are feeling stressed, worried and uncertain. What The Trump and his ventriloquist Bannon are pulling off is beyond belief. This thin-skinned, sociopathic, dolt doesn’t have a clue. He worries about the size of the crowds at this swearing in. He tries to BS with talk of voter fraud. The first words out of his slobbering mouth at the National Prayer Breakfast are about how Arnold is not doing well on the Apprentice. And let us not forget incompetent and inexperienced  Cabinet nominations, “The Ban,” and making it easier for the mentally ill to purchase guns. Give me a break!! 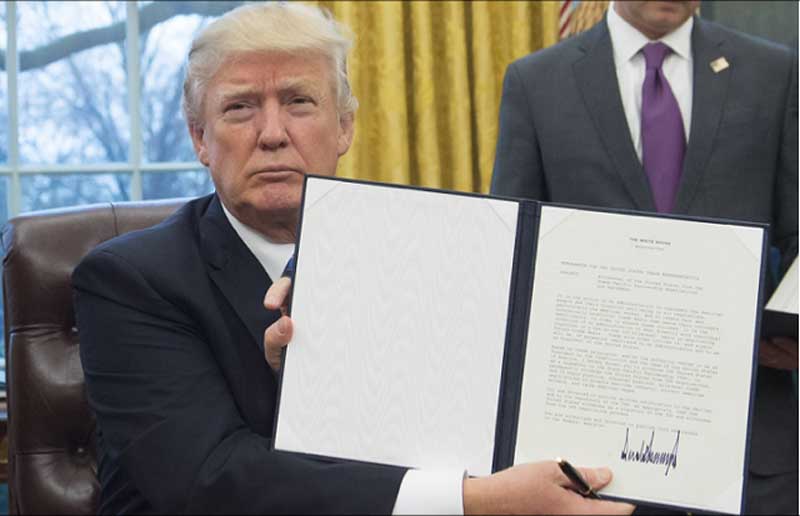 I guarantee you that in the photo above, where he once again  is showing  off his signature, he has again signed his name to “changes,” he knows little if anything about. For this president, 140 characters are the limit, three sentences at best. So when The Trump criticizes a “so-called” judge, my money is on that judge, and not on our “so-called”, difficult to call, President. He is an embarrassment at best… To himself, his family, his party, and most definitely, our country.

The bottom line…
We need a common voice… That voice will need a face. We need a leader who can speak for the national movement(s) to get rid of this President… And he will be gone.

That leader should not be Bernie, nor Elizabeth Warren. They and others like them, who hold office, locally or nationally can do more good working from the inside. No it needs to be somewhat of a political outsider, who understands the inner workings of our government.   I’m also of the opinion that it should probably be a woman, or a woman and a man team, of equal strength, drive, and knowledge. She or they should probably be in their 40’s with a background of major accomplishments and the courage to not fold when Mitch McConnell and others in the GOP, who know how to fight for what they want, go after them.

When I think about my “back in the day…” I think of Chicago and the 1968 Democratic Convention, and demonstrating in Grant Park. I think of the Chicago 7, and its members Jerry Rubin, Abbie Hoffman, Rennie Davis, Pat Hayden, and others, who helped bring attention to an un-wanted and corrupt war. In the end, Johnson was gone, Nixon was gone, the war ended and 55,000 American men and women lost their lives for a war created with a lie called the Gulf of Tonkin. Gee, “a war created with a lie,” sound familiar?

We need leadership…
The Women’s March, Black Lives Matter, Indivisible, a.k.a. Dump The Trump, should become one movement with numbers and strength not seen since the 1960’s and early 1970’s. We must now go find the leadership to help pull it all together before we find ourselves in a bigger and more serious military confrontation… and especially before we find our  inalienable rights Trumped away.

Bill Maher has been known to say,  “Democrats should stop bringing a knife to a gun fight.” It’s true. The GOP knows how to fight the Democrats. Unfortunately, they didn’t know how to fight with Trump. And now we all suffer because of it. And my gut tells me that VP Pence, Speaker Ryan, Majority Leader McConnell and many, many others can’t wait to get rid of our “so-called” President. I’d even bet they have a plan in the works, which could include impeachment,  or some sort of forced resignation. Read the 25th Amendment to the US Constitution and think about the possibilities. I’m sure a few in the GOP have done just that. Click here…

A voice? A face? Who knows? Get involved… Maybe it’s you.

I hope you’ll subscribe to the BrokenNews Blog below… When you do, you’ll get the latest news and updates from brokennews.press before they go on-line.