MOAB – The Mother Of All Bombs… (daily read list.com)

On the night of April 06, the United States, under the direction of, and probable lack of understanding of, Donald J. Trump, bombed Syria. To set the tone, but only to some degree, I do think it was a smart move. Someone, some country, needed to attempt to do something to stop that murder,  Assad, from gas bombing his own people. The number of Syrians killed is in the tens of thousands and the displaced, well into the millions. If the U.S. bombing of that one airfield in anyway gives Assad pause before gassing his own people again, then I say bravo. Should he decide to gas American troops… Well that’s something he probably shouldn’t even consider, Russia or no Russia.

Unfortunately, the so-called free world doesn’t seem to share the desire or the wherewithal to help. And although Russia clearly understands what is going on with Assad, they and Iran are willing supporters and apparent participants… and their coalition only means more trouble down the runaway, so to speak, while Mr. Putin continues his march towards whatever power, or  impression-of-power, he is hoping to gain.

I don’t believe for one minute, that seeing the photos of those babies, the children, and all others who were gassed during any of the Syrian bombings affected Mr.Trump one bit. I suspect many will disagree, but this is a man who never shows any interest in others. It’s always about him, the man, the BIGLEE deal. This self-centered lump of ego shows little if any interest or understanding of anyone, anywhere, who might be hurting. Now that I mention it, Mr. Trump seems to care less about anyone other than family, unless of course there is something to be gained.

For example- If The Trump really is saddened by wounded or murdered children, why isn’t he raising a little hell with Wayne LaPierre, and the NRA? It was on April 10th, just less than two weeks ago, that two more school children were shot, one of whom died, along with two adults, in San Bernardino, California. No, this guy Trump only cares about himself and a few family members. And it will be a really cold day at Mara-a-Lago, before I believe Trump’s got a tear-gland, let alone a heart.

Will Mr. Trump take more action against Assad? Who knows? But I do believe he trusts in “his Generals and Admirals,” and that they, along with Jarred and Ivanka, and several very close politicos, are holding his hand and walking him through all of this. But are there any significant allies involved? It would appear not.

Even though I am for peace, what has been taking place with the bombings, poisonous gas attacks, and the murder of anyone in Assad’s way, needs to be dealt with in ways that will lead to an outcome which permanently rids the world of Assad, or at the least brings him before a world court. I’m not sure the U.S. has the power or wherewithal to accomplish that. 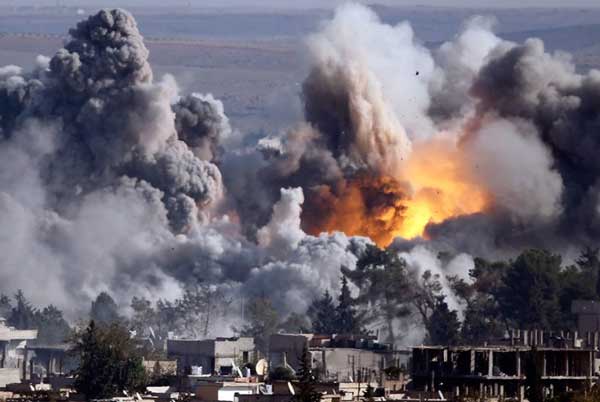 MOAB- The Mother of All Bombs…
That was some mother! That “Mother,” was the bomb the U.S. dropped on ISIS troops  in and around an underground, tunnel and cave complex, in Nangarhar Province, in Afghanistan. The stated purpose was to kill as many ISIS as possible. As of a week ago, that number was about 100.

The MOAB is a 21,000 pound bomb that releases an above ground concussive explosion that can cover an area of approximately 9 square, city blocks. It is the largest, non-nuclear bomb ever used by the U.S., and it was first developed in 2003 to be used in Iraq. It was then decided it would not to be used there. Now, some fourteen years later, it has been used and the messages it may or may not have sent are questionable. To learn more.

To ISIS, the message should be clear… We will get you! But there are problems with that because of Russia’s involvement with Iran and Syria, and the possible accidental killing of each other’s troops as the U.S. pursues a sometimes not very clear goal. And then there is… 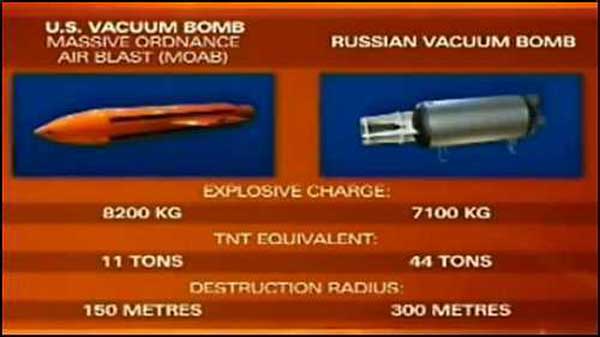 My Father is bigger than your Mother…
In 2007, Russia tested its own “super-non-nuclear-bomb.” The Father of All Bombs, is smaller, lighter and apparently four times more powerful than the MOAB. The “mine is bigger than yours race is on…” Sadly, I think its only a matter of time until our world is back at war again. And there will be no winners.

Kim Jong-un beware…
The message to North Korea… We’ve got this really BIG, BAD ASS, MOAB, and you had better think twice about firing any more missiles or testing and more underground nuclear bombs. For the record,  I don’t actually believe Kim Jong-un is worried one bit about MOAB. After all, he’s probably got hundreds if not thousands of missiles aimed at South Korea which could take-out hundreds of city blocks, resulting in the death of thousands and thousands of civilians and military personnel..

A MOAB would clearly be able to do quite a bit of damage to the tunnels and those in them, leading from North Korea into South Korea. But overall, Kim Jong-un most assuredly believes whatever cost his country will pay to reign supreme will be worth the price. What he fails to understand is that North Korea will never reign supreme, and he is very likely to wind up dead.

In that vain, China does seem to be getting ready to (possibly) deal with Kim militarily, if he doesn’t  get his act together. And yes, Mr. Trump’s involvement with China on that matter seems to be paying off. But we shall see.

The bottom line…
The U.S. is fighting too many battles or wars, in too many countries. We’ve been In Afghanistan some 15 years, and that seems nowhere near ending. As for ISIS, I still worry about them destroying the Mosul Dam. And how long might it be until they or some other terrorist group gets its hands on a nuclear weapon, probably captured from the Pakistani Military? What then…? As for a military conflict with North Korea, well that seems imminent.

So what are the answers to these various conflicts? I’m not sure. Several weeks ago I wrote about my ideas regarding a One-Korea likelihood. Click here to read

As for the rest of the world: With continued conflicts, along with new and on-going wars, it does seem we will be living on the edge, for quite sometime. I do believe we should not be the policeman to the world; and when religious conflicts are taking place, we need to keep our distance, as well. 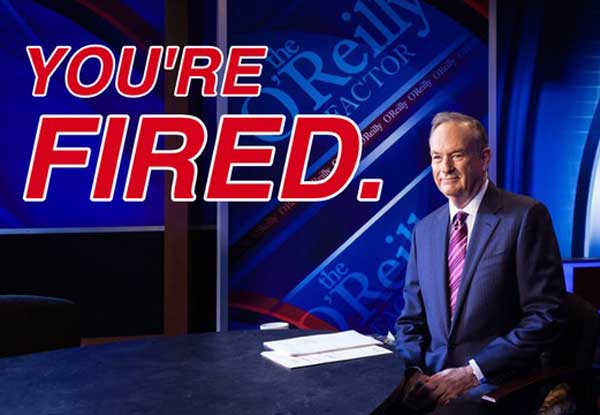 Its about time. Now if we could just get rid of Trump… (@RollingStone on Twitter)

One last note…
To Bill O’Reilly and others, I dedicate this week’s NeWerd, FoX-U,  To the Fox Network, former employees Roger Ailes, and Bill O’Reilly, and their good buddy Donald J. Trump… *FoX-U guys! Your brand of news really sucks! Worse yet, your tolerance of the misogynistic speaks directly to your lack of intelligence, your on-going permissiveness, and your total lack of respect for women of all races and color.

This week’s NeWerd is – * FoX-U   To the Fox Network, and all, who demonstrate a tolerance of the misogynistic which speaks directly to their lack of intelligence, their on-going permissiveness, and their total lack of respect for women of all races and color.