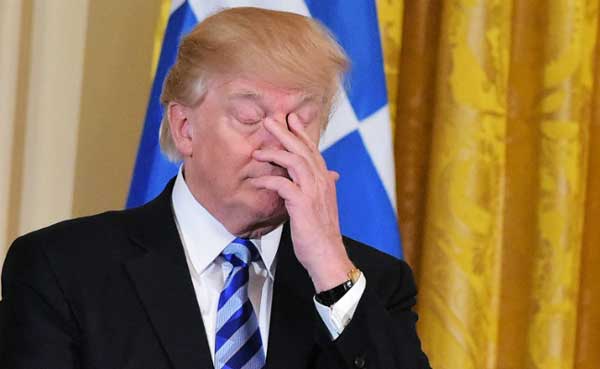 A crazy and distracting week. Lots of stress…

It has not been a good week. But don’t blame me… (AFP)

I started to write my post to last week’s blog about how I perceived the threat of North Korea and their nuke buildup… but with the overwhelming news blasts about North Korea’s failed attempt at another missile launch, the F.B.I. & N.S.A. hearing on possible Russian connections to the Trump organization and of course the failed attempt at “Repeal and Replace,” I decided to take the week off, and just sit back and try and take it all in. It’s been somewhat exhausting. And with regard to The Trump, it’s much ado about nothing…

Day by day, and week by week, the United States is slowly being flushed down the toilet by Trump, and the  politicians of both parties.  No one seems to care enough to do anything about it, at least not yet. And by the way, this is nothing new- its been going on for years. But now we can truly and wholeheartedly thank our current President for bringing this to the forefront. His actions, inactions, and his inabilities only bring attention to the overall inadequacies of our government, as a whole, from top to bottom, and across the country. People everywhere seem to be nervous, even afraid of what will happen to their medical coverage, as well as other possible blind-sides down the road. Their stomachs are tied in knots, feeling that each day of Trump-chaos lacks leadership and direction.

I am saddened and embarrassed for my country.

The current “so-called” President of the United States is a liar of the highest order, an ignorant and unaware, narcissistic  blowhard, a bully, a misogynist, and any other negative, descriptive words you and I might come up with. He is, and we are, as a country, the laughing stock of the world, and it becomes ever so obvious  our country will go nowhere under the current leadership. Primarily because there is no true leadership.

I mean really! Think about it… THE BIG DEAL MAKER, thinks he can ride roughshod over any and all who question his words, his actions, or his intentions. What’s so amazing about all this is how little he actually knows or understands about his responsibilities, and the daily goings-on of our country and the world. He speaks and tweets like a 6th grader. He lies and deflects like there is no accountability. And he directs others in the White House to lie for him to help deflect from the latest revelation of his possible wrong-doing. 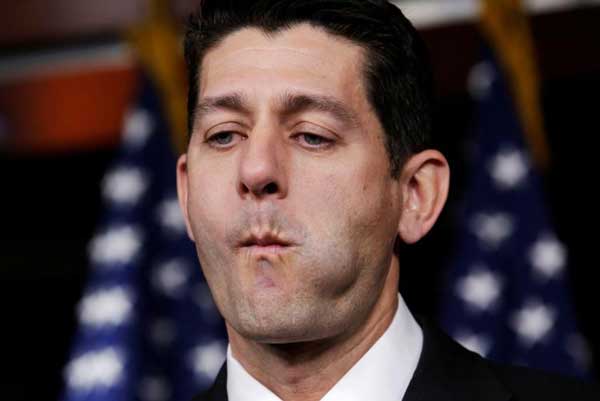 The Affordable Care Act? Yes, it was all an act! (nydailynews.com)

7 years of wasted time…
The GOP had 7 years to come up with a plan that would be as good or better than they felt Obamacare was, and they blew it. Their moaning, bitching and repeated attempts to “repeal” led to nothing more than a hurried up “Repeal & Replace” package apparently put together in a few months, that looked far worse than the actual Affordable Care Act. They had 7 years…!

In all fairness to The Trump, it didn’t fail because of his actions or inactions. He never understood it to begin with. Oh he made big promises and big threats, and he even tried to blame the Democrats at first, and now blames the Conservatives. Trump hasn’t been around long enough to have real grasp or understanding of the issues. But in the end, as reported by POLITICO, it was How a secret Freedom Caucus pact brought down Obamacare repeal:

There have been 50+ votes to repeal Obamacare, and now it seems to be with us for awhile longer, and that’s not such a bad thing:

A lack of intelligence…
I’m not going to go into the Russian Debate at this time, but I will soon. It continues to develop more-and-more, and I’m betting on a political-intelligence scandal like this country has never seen before, followed by a Trump resignation and or possible impeachment proceedings before the summer of 2018.

The bottom line…
At least for the time being, we’re stuck with what we’ve got… so now might be a good time for one and all to start thinking about Term Limits… Currently terms limits only exist for the President, with two, 4 year terms, and that’s it. But Senators and House members can run for office over, and over again… Six years for Senators, and two years for House members times however many times they like. One-third of the Senate is elected every two years. The entire house is up for election each time. Changes need to be made.

I’d like to see a two-term 6 year presidency. Senators can stay at 6 years but with a two-term limit, or possibly three at the most. House members could have no more than three, 4-year terms in office. State governors also would be limited to three 4 year terms. All federal elections would continue to be held in November and all terms would begin in January. The bottom line, no one would ever hold the same office for more than 3 terms. And if the office holder wanted to run for a different office, they would be required to wait 4 years before running for office again.

As for campaigns: No campaigning until the beginning of November the year before one’s final year of their term in office, and there would be financial restrictions on donations as well as spending. Lastly, all primaries would be limited to take place during the three month period of May, June and July with conventions in August. And I’m quite sure that well structured primaries could bring more order overall.

Recall Rules are open for discussion. But voting rights are not. Bottom line… Every citizen has a right to vote.  As for how one proves they are a US Citizen- While in high school, and no later than the month of their 18th birthday, each individual will receive a U.S. Citizen ID card, acquired with proof, using either a birth certificate or a social security card.

A Social Security card can be issued to U.S. Citizens, permanent residents, and temporary (working) residents. In the future, a Social Security would have to be highlighted or coded to indicate that the card holder is in fact a U.S. Citizen. Those who come to this country and legally become US citizens would receive the same ID card. That card is good for life and can be updated with a current photograph every 8-10 years.

And no more electoral college… Majority rules!! Think positive, be strong, and please think about putting a stop to the circus in Washington, D.C. Enough already from both parties. Let’s get our country back on track and be proud Americans, and not embarrassed Americans.

The North Korean posting will follow in a few days.

This week’s NeWerd is – *   DumpTrump-   No definition required.